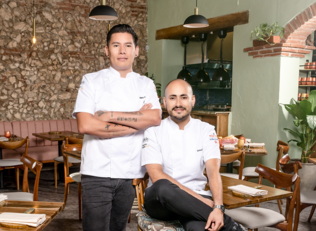 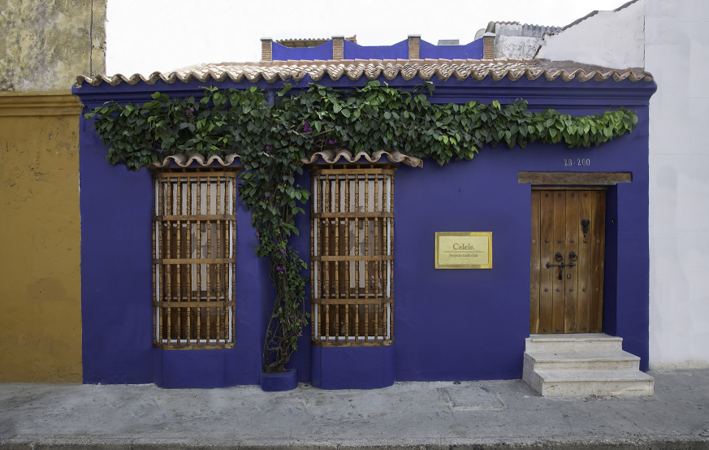 Celele, the restaurant owned by Jaime Rodríguez (31, Boyacá) and Sebastián Pinzón (28, Ibagué), aims to turn the cliché-laden Caribbean food we are familiar with on its head. It is also a commitment to prevent time from sending many flavours into extinction. Born in the Andes, far from Colombia’s Caribbean coast, they found a world of endless possibilities in Cartagena thanks to its diversity of ingredients. More than just being at the helm of a restaurant, they have created a place of culinary and sensory experiences.

Aware that they could not open a restaurant serving local food without having tried its traditional flavours, they travelled throughout the region to learn how to make its dishes, to understand what inspired and influenced each one. So, before opening Celele, they decided to explore the coast, researching and getting to know it. A long preparatory process, lasting two and half years, took them to San Andrés, Magdalena, Montes de María, the Mompos Depression, La Guajira, the Atlantic coast, and Valledupar.

It was a journey of discovery enabling them to make direct contact with chains of producers, farmers and artisans. This has allowed them to set up a system without middlemen: the farmers receive orders from the pair, and they buy the produce directly.

Via Proyecto Caribe – set up to finance the project and all their trips – they organised pop-up dinners; a huge hit in Bogotá and which they decided to introduce in Cartagena. It was a testing ground that allowed them to raise money for their travels, and at the same time showcase the amazing food emerging from Caribe Lab. Eight-dish tasting menus for 24 lucky diners. At Proyecto Caribe not a single tomato came from a supermarket, and the ingredients used for that weekly dinner were never the same, nor were the techniques employed. The food was based on the wealth of the Caribbean pantry, and everything came from the markets and squares of the towns and cities along the coast. It was so successful that the experiment lasted over two years. 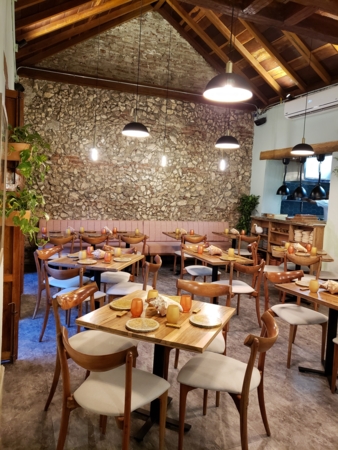 Following their research, and the experience garnered with Caribe Lab, they decided to pour all that knowledge into Celele. Their gastronomic revolution takes place in a bright, colourful house in the Getsemaní neighbourhood, in a region where so much of the food served disdains local produce. Where the prevailing view of Caribbean cuisine is represented by dishes such as coconut rice, fried fish, and fried green plantains. Jaime and Sebastián have given this cuisine a twist by going against the flow and doing everything differently. Avant-garde cuisine based on Caribbean traditions.

The pair believe that the driving force of their new Caribbean cuisine stems from the local cultural mix made up of indigenous peoples, Africans, Spaniards, and a significant number of immigrants from Syria and Lebanon. This melting pot is reflected in their dishes, and cutting-edge techniques are applied to the produce grown in this Caribbean region. An example of this is their stuffed vine leaves (warak), which the Arabs stuff with rice and meat, but which is swapped at Celele for almonds and smoked wild rabbit from Montes de Maria, and is served with kapeshuna beans – grown by the indigenous Wayúu people in La Guajira – and an artisanal toasted sesame-seed paste. This is Colombia’s new Caribbean cuisine, inspired by traditions and by the local way of preparing each ingredient. In their hands these are transformed into: pepper duck, sous-vide egg, duck ham, a variety of Caribbean beans, and mashed avocado; pork confit with majuana, roasted sweet aji peppers, aubergine escabeche, pork scratchings; and stewed goat.

What most impressed Jaime and Sebastián about their voyage to this planet of flavours was the variety of ingredients that were new to them, and which they have now documented. Over 300 of them. In the desert of La Guajira – where no one thought anything grew – the indigenous Wayúu people introduced them to a wide range of fruit from cacti and trees (iguaraya, iruwa, jiiru). Along the Caribbean they discovered more than 80 varieties of beans, in all shapes and flavours (kapeshuna, diablito, cuarentano, guandules, pirujui, Zaragoza); flowers they had never seen before (torch ginger, plumeria, moringa, pomarrosa, varieties of hibiscus, carao), and a mind-boggling number of wild fruits (red mombin, jumbalee, carao pod, ackee apple, cocoplum, loquat, mamey, mamey zapote, little beach grape).

Celele is an embodiment of all of this; it is a place that is respectful of those who pass on traditions, of the work done by producers, farmers and artisans, and it exalts the gastronomic culture and the biodiversity of Colombia’s Caribbean region.