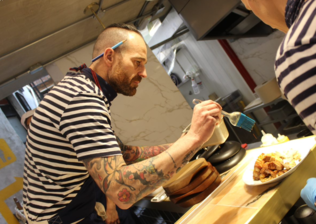 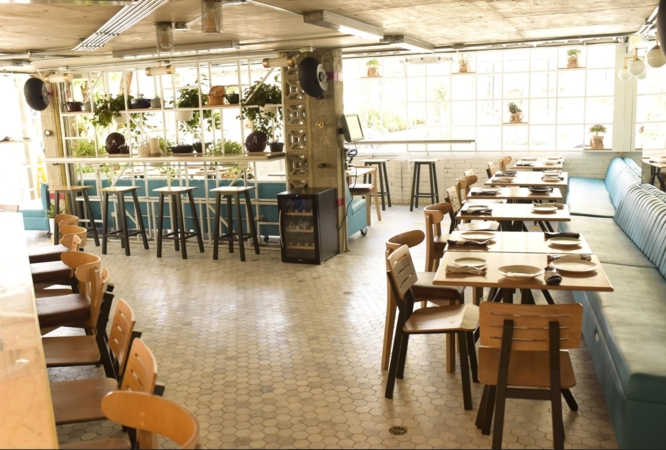 Leaving Spain with a Michelin star in his hand, Miranda has been just as successful in Colombia, a country he knows well as he used to travel there to take part in different consulting projects and give classes at the Mariano Moreno School of Gastronomy. He had visited often, knew it well, and liked it, but it wasn’t until 2015 that Koldo Miranda (Basque Country, Spain) definitively crossed the pond to settle in this South American country to run Gamberro (Colombia) together with the DLK Group. Now, 13 years on, Miranda has started his own business (Cuarto Frío), ‘my tribute to the excellent produce found in this country.’

When he was at the helm of Gamberro, this chef opted for a menu and dishes that were based on Mediterranean, Cantabrian and Creole cuisines but now, at Cuarto Frío, everything Spanish has been supplanted by local gastronomy. The menu changes according to the ingredients, which are treated with the utmost respect. ‘Colombia has one of the world’s best pantries and I must make the most of it.’ So, at his new premises, ingredients – that come to the restaurant from all over the country, and are at their peak of freshness – always have a greater role than technique.

Now, with Cuarto Frío, Miranda has set down roots in Colombia, where for eight years (until 2012) he ran his eponymous restaurant, like the one he had in La Cruz de Illas (Avilés, Spain), which won a Michelin star. Until 2015, he also managed the restaurant at the avant-garde Niemeyer Centre (in Avilés, as well). A solid base had been created. Previously, this man from the Basque Country trained at Spain’s greatest restaurants, such as Zortziko* and Guggenheim (Bilbao), Casa Gerardo* (Prendes, Asturias), La Broche** (Madrid), Dani García*** (Marbella), and El Celler de Can Roca*** (Girona). Among other recognitions, in 2006 the restaurant Koldo Miranda was awarded the Best Newcomer prize at the Madrid Fusión Congress.

In love with Colombian cuisine, in fact, with every kind of cuisine, Miranda has not tired of travelling around the world for years – to congresses or for consulting projects – to talk about his passion. He has consulted in Abu Dhabi (Hotel W) and Tokyo, was a speaker at Mistura in 2010, and has helped to evolve the menus of restaurants in Panama, Puerto Rico, Colombia and Peru. More recently, in 2018, Miranda broadened the scope of his business in Bogotá when he opened Taska Street Food, an itinerant culinary workshop.