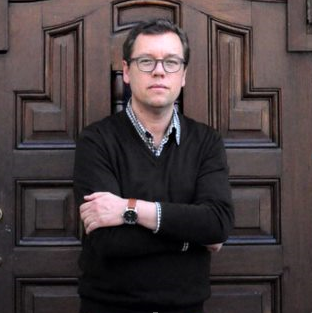 Colombian cultural journalist, poet, writer and translator. After graduating in Philosophy and Literature from Universidad Javeriana, Mario Jurisch (June 4, 1964) has become a fundamental figure of Colombian culture, in its many facets. A Colombian writer and translator, he is also a founding member of the prestigious magazine 'El Malpensante' (The Misthinker), where he also serves as the director. In recent years, Jurisch has been a professor of Literary Journalism at Universidad Javeriana and for the master's program in Journalism at Universidad de Los Andes, as well as a television host. As the author of dazzling essays and chronicles, where he explores unpublished aspects of the country's socio-cultural life, he has managed to turn his magazine 'El Malpensante' into an unavoidable reference of culture in Spanish.

At Bogotá, Madrid Fusión, he will talk about 'The Fascinating Stories of Rum', a drink that has allured him since he was a child and that he discovered by reading 'The Adventures of Tintin', the day Captain Haddock stumbled upon a bottle of the precious 250-year-old Jamaican liquid and drank it in one gulp before jumping overboard in a drunken search for another. Mario thought that, based on the reaction of Hergé's sullen character, the broth had to be wonderful. Years later, with friends from the university, he would sample white rum at bars like La Teja Corrida or El Goce Pagano, especially in the form of mojitos. And years later, in Bogotá's Zona Rosa, he would discover his great classic Havana Club for the first time. They have been friends ever since.