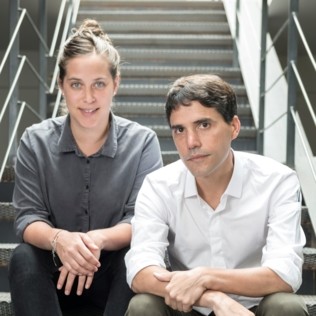 Virgilio is young (Lima, Perú August 30th 1977) but accustomed to the graft in kitchens across three continents, including a stint in Santi Santamaría’s Santceloni. Like some of the other Andean chefs, other movers and shakers, he worked with the omnipotent and omnipresent Gastón Acurio, before deciding to set out on his own path. Now he stands as one of the most virtuoso representatives of contemporary Peruvian cuisine, confirmation of his first position on the ladder of the 50 Best Latin American chefs and number four in the global edition.

So what does his cuisine possess that makes it so special? The work of Virgilio Martínez is substantiated in the absorption of exploration, pinpointing and elevating the lesser-known local product. A profound exercise in transparency and sincerity that is able to bypass labels, sidestep conceptual vapours and place technical meticulousness on the table to enhance the expression of his preparations. 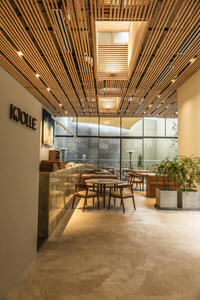 Virgilio has settled on an approach to the wide variety of our ingredients in a way that is akin to the methods used by Andean people in pre-Hispanic times: vertical control of ecological strata. According to this alternative form of understanding geography, the land is perceived as a vertical not horizontal plane, thus making use of everything that the flora and fauna is able to offer, based on the idiosyncrasies of each ecological system. A result of the dramatic land fluctuations in the Andean region, across a relatively small 100-kilometre radius (walked across without ado by many farmers), in which products from various high altitudes can be accessed, those spanning the coast to the Amazon mountain ranges in Peru.

Driven by tireless curiosity and an interest in transmitting the complexity of his land, Virgilio draws inspiration from travel and investigating ingredients yet to be documented, ones that can bestow even greater wealth upon local cooking. For such purposes he travels across diverse spaces: the sea, Andean foothills, extreme altitudes in the cordillera, highland and lowland forests. His work with a multi-disciplinary team complements each new “discovery” with a necessary context that looks to transcend strictly culinary fields and makes incursions into nutritional, biological and anthropological areas. 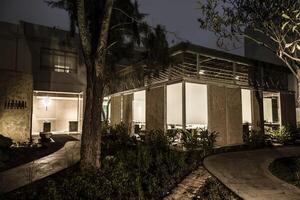 Mater is an initiative of exploration and discovery, whereby a multi-disciplinary group travel through Peru in search of new products and new stories of people – a demonstration of what makes Peru such a diverse country. Some of the preparations on his ‘Origin Experience’ menu include these discoveries. On any day of the week this tasting menu will feature dishes such as the “Recolección de conchas y algas del sur” (Gathering of Shells and Seaweed from the South) – a declaration of intent; freshness complemented with visual beauty and elegance on the palate from sea charela (white fish) in “La Pesca de 60 millas a 6 grados” (Fishing from 60 Miles to 6 Degrees), or a canvas designed to attract followers: Octopus.

Every geographical area, ecosystem and raw material in Peru finds its place in Central moved last summer to a big space in the Lima neighbourhood of Barranco.

Central responds to its well-deserved reputation and Virgilio persuades us to move around the less accommodating margins of creation. And that vision, striving to be wilfully true to itself, is fascinating.

Pía León, considered to be one of the most talented chefs from Latin America and she is also the wife of Virgilio Martinez. Her restaurant called Kjolle, takes its name from a tree (Buddleja Coriacea) that grows at extreme heights in Peru, in the high Andean region surrounded by other species prepared to resist those climate conditions: lack of oxygen and high solar radiation. Kjolle has a bright orange flower that is used to colour textiles and infusions. In her cuisine the colours of those ingredients designed by her stand out. Sea products meet others from the valleys, high lakes, mountains and Amazonian forests.

She and her team propose an experience with a wide array of ingredients which reflect the nature of culture of her country.